Your choice
Included / Not included
Include options
Description

Welcome to Santa Cruz, capital of the largest island of the Canaries.

On board the Tourist Bus of Santa Cruz de Tenerife City View you will visit the most emblematic places and of tourist interest of the capital of the island, in a circuit that passes through the neuralgic center of the city. The tour, which consists of 15 stops, begins at the Plaza de España and runs through: Rambla de Santa Cruz, the Historical Military Museum of the Canary Islands, the García Sanabria Park, Méndez Núñez Street, the historic and original Plaza de los Patos, the Plaza de Pedro Schwartz, the cosmopolitan and commercial Avenida Tres de Mayo, the Palmetum botanical garden, the Tenerife Auditorium, the prestigious El Corte Inglés shopping center, the transport interchange, the Nuestra Señora de África Market, the Museum of Nature and the Man, the Church of the Conception and the House of the Carnival. In addition, the service has an audio guide in 14 languages ​​(Spanish, English, French, German, Italian, Russian, Dutch, Finnish, Norwegian, Swedish, Polish, Portuguese, Brazilian and Japanese), plus two specific channels for children in Spanish and in English.

On the other hand, the Tourist Train Tour is perfect for a different walk around the city, crossing its streets while feeling the breeze of the sea and the warmth of the sun. The Train Tour also begins at Plaza España and will continue towards the Auditorium, pass through Palmetum in the direction of the Casa del Carnaval and return to Plaza España.

Buses and trains with regular departure from Plaza España

Free Wifi on the bus.

Free tickets: to the Historical Museum of the Canary Islands, Palmetum and Casa del Carnaval.

Discounts: at the entrances of the Museum of Nature and Man, Maritime Park of Santa Cruz, guided tour of the Adán Martín Auditorium, drinks at the Auditorium of Tenerife bistro. 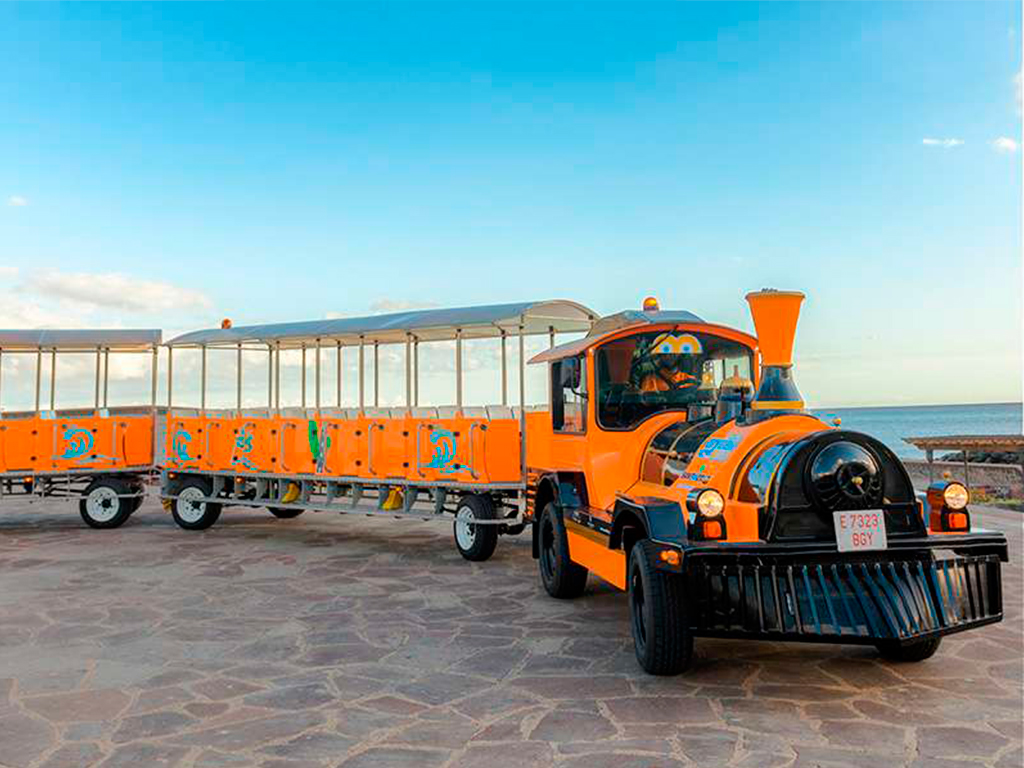 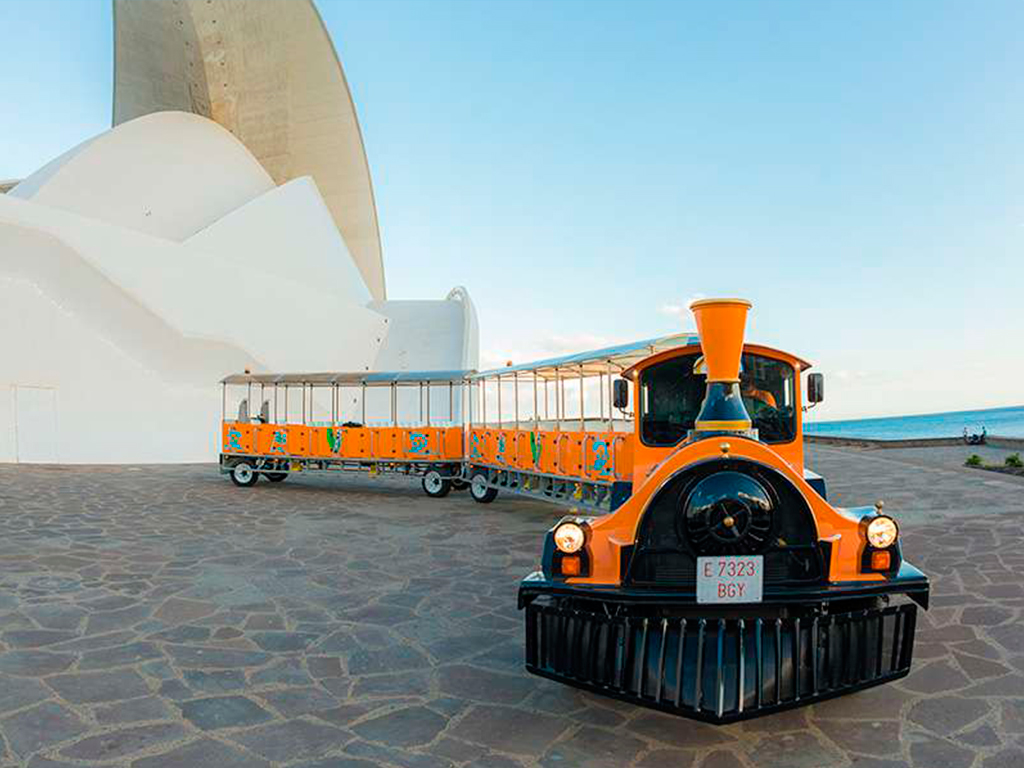 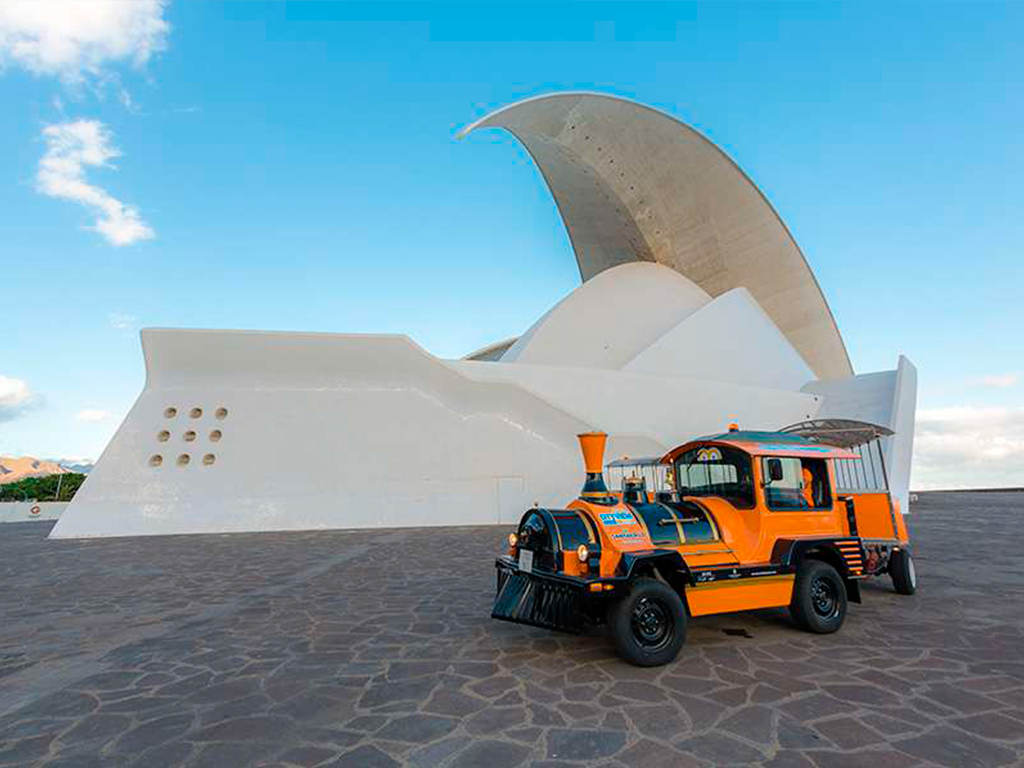 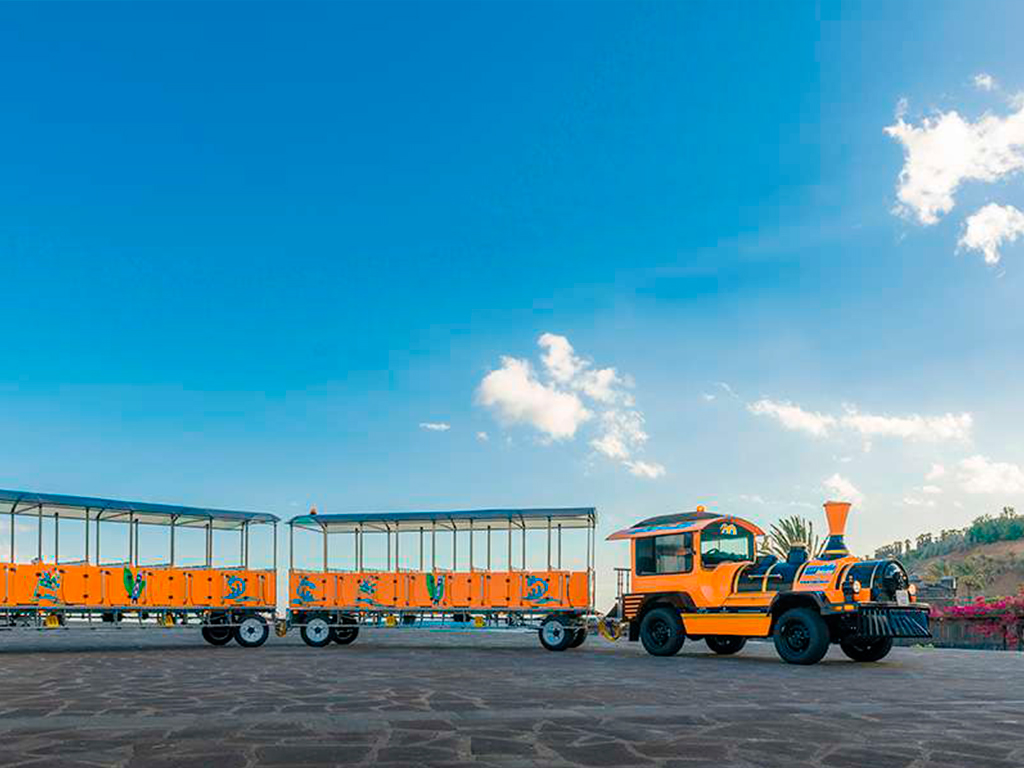 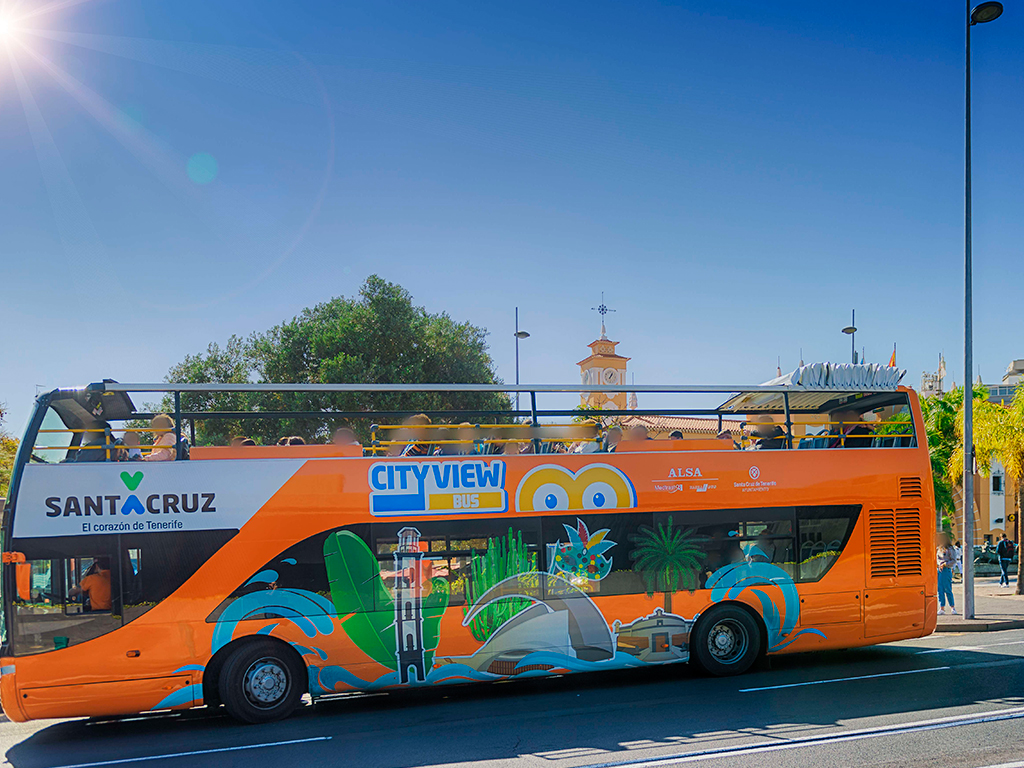 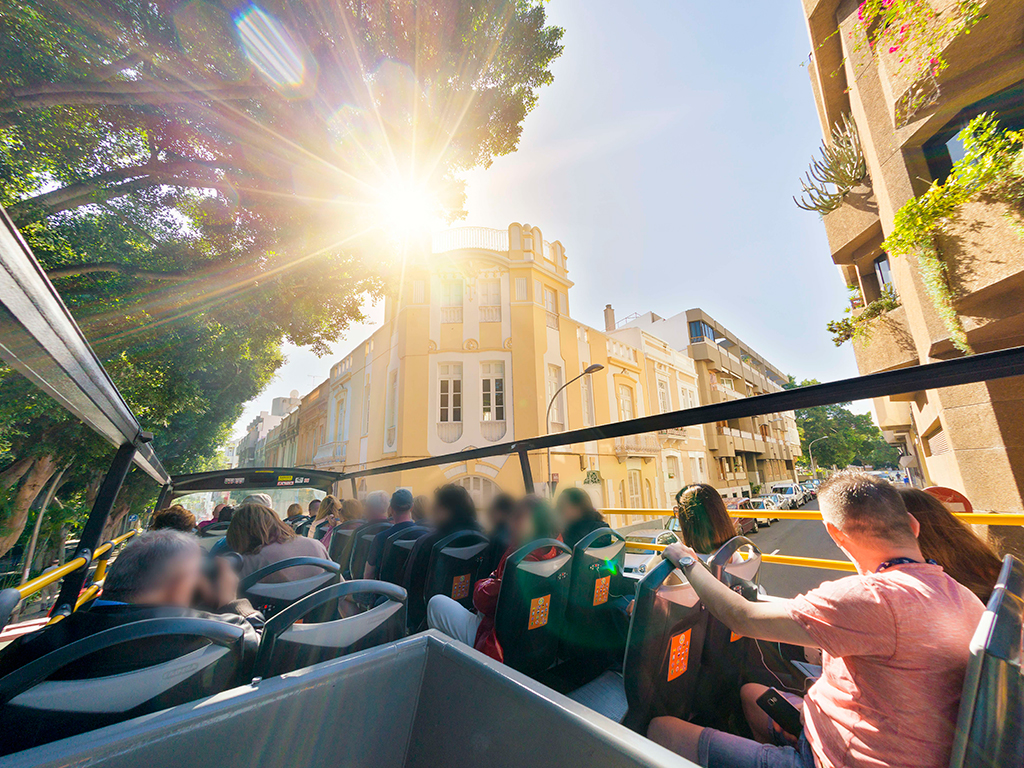 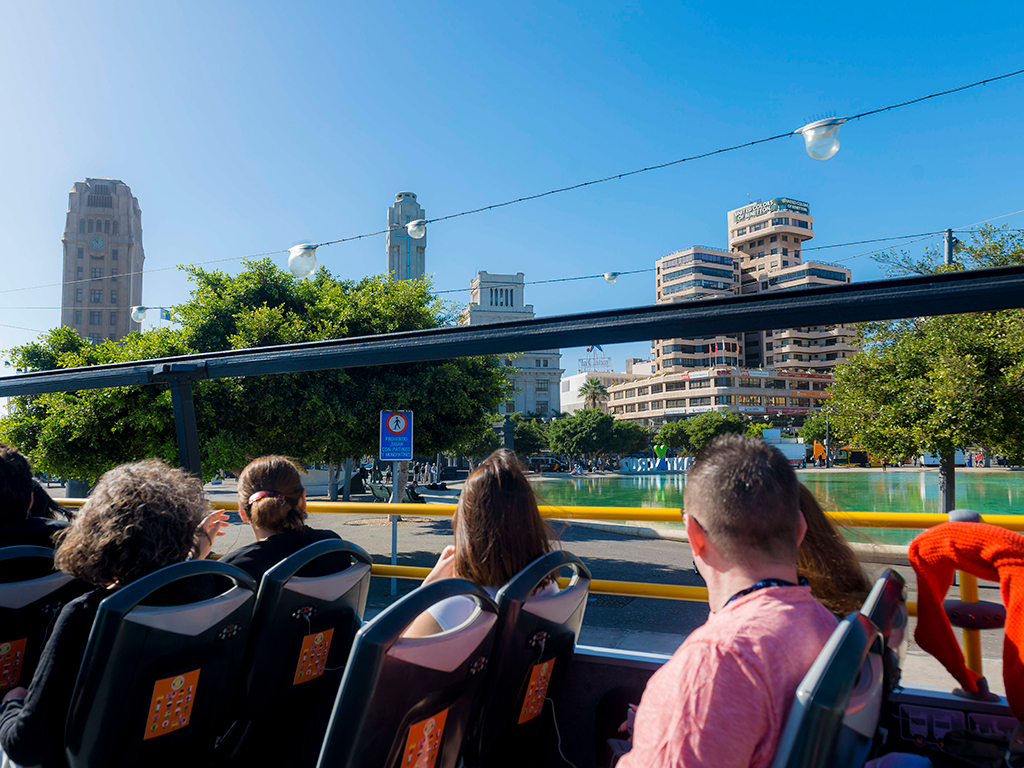 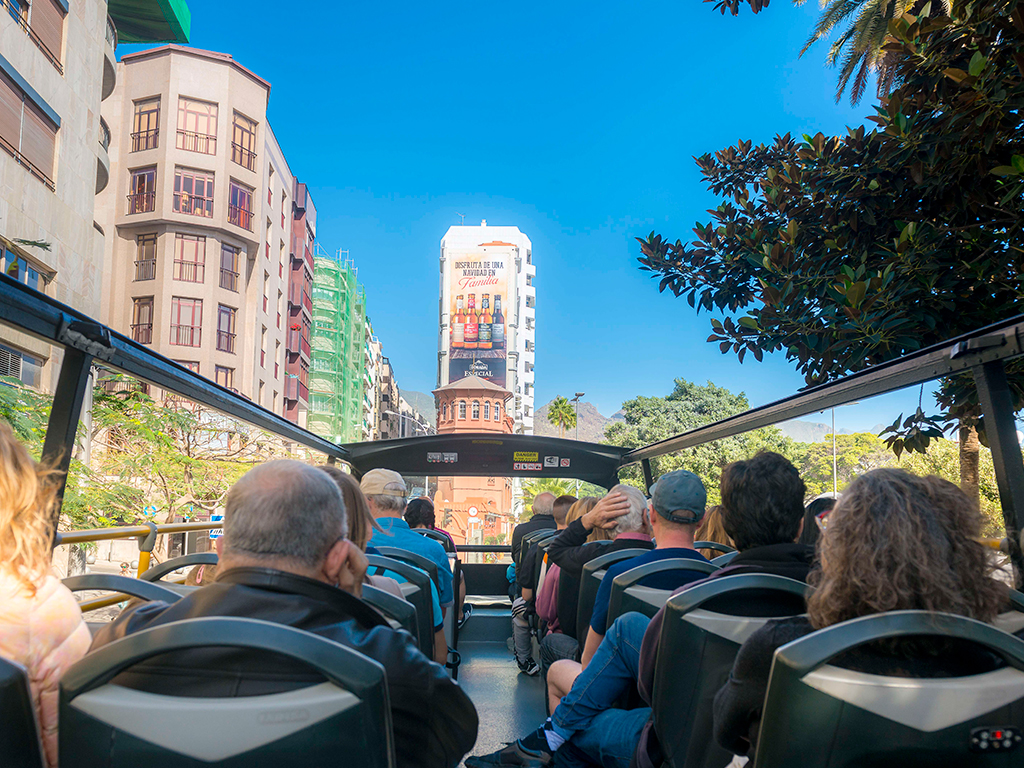